Litol 24 is probably the best known of the greases on the territory of the former Soviet Union. The very name Litol can now often be heard in reference to any grease. Ever since the days of the Soviet Union, Litol 24 has had many admirers.

To learn about the price of the Litol 24 grease, please call +7 (831) 435-17-70. Our sales persons will advise you on delivery conditions and payment options.

Packaging options for the Litol 24 grease

The Litol 24 grease is delivered to a Customer’s address in large and small quantities all over Russia and CIS countries. Upon the agreement with the Customer, it is possible to use containers of different capacity, including steel drums. 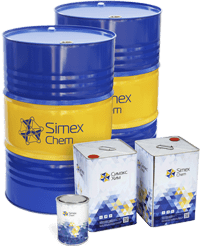 Feedback on the Litol 24 aviation grease

You can leave your feedback on all our products and Litol 24 aviation grease by sending us an e-mail or filling out the feedback form below.

The main advantage of Litol 24 is its operating temperature range. Unlike its predecessors—the TsIATIM 201 and TsIATIM 203 greases—Litol 24 has such properties that it can withstand temperature loads of +120 °C and short-time loads up to +130 °C. Having higher colloidal and chemical stability and water resistance, Litol 24 can operate even in boiling water.

Thanks to its versatility, high performance and low price, Litol 24 has become truly popular grease—not only is it used in industry and automotive equipment, but also in household applications.

The grease found its applications in the transportation industry and manufacturing facilities—Litol 24 is used in rolling bearings, articulated joints, gear transmissions, sliding bearings, etc. Many bearings operate with Litol 24 for their entire life without any relubrication of the bearing assembly. Litol 24 is, perhaps, the best-known grease in the territory of the former Soviet Union. The very name Litol can now often be heard in reference to any grease. Ever since the days of the Soviet Union, Litol 24 has had many admirers. The grease is one of the most well-known greases in the territory of the former Soviet Union, and today Litol 24 is as relevant as ever. Litol 24 was developed by Central Institute of Aviation Fuels and Oils (TsIATIM) in the 1970s. Being a successor of such legendary greases as TsIATIM 201, TsIATIM 202 and TsIATIM 203, Litol 24 took the best from these greases and got rid of many drawbacks.

According to GOST 21150-87, Litol is manufactured from low-viscosity oil and thickened with lithium soap with adding antioxidant and viscosity additives.
In its appearance, Litol 24 looks like a homogeneous thick grease of various shades—from light yellow to brown. As a rule, the grease color depends on how pure are the base materials used in its manufacture. The color may indicate the quality of the product.

Simex-Chem company regularly exports its products abroad.
You can order oils and lubricants with delivery to any country.

You can buy or find out the price of greases by calling us or filling out the feedback form below.

Thanks for the application!
We will contact you shortly.